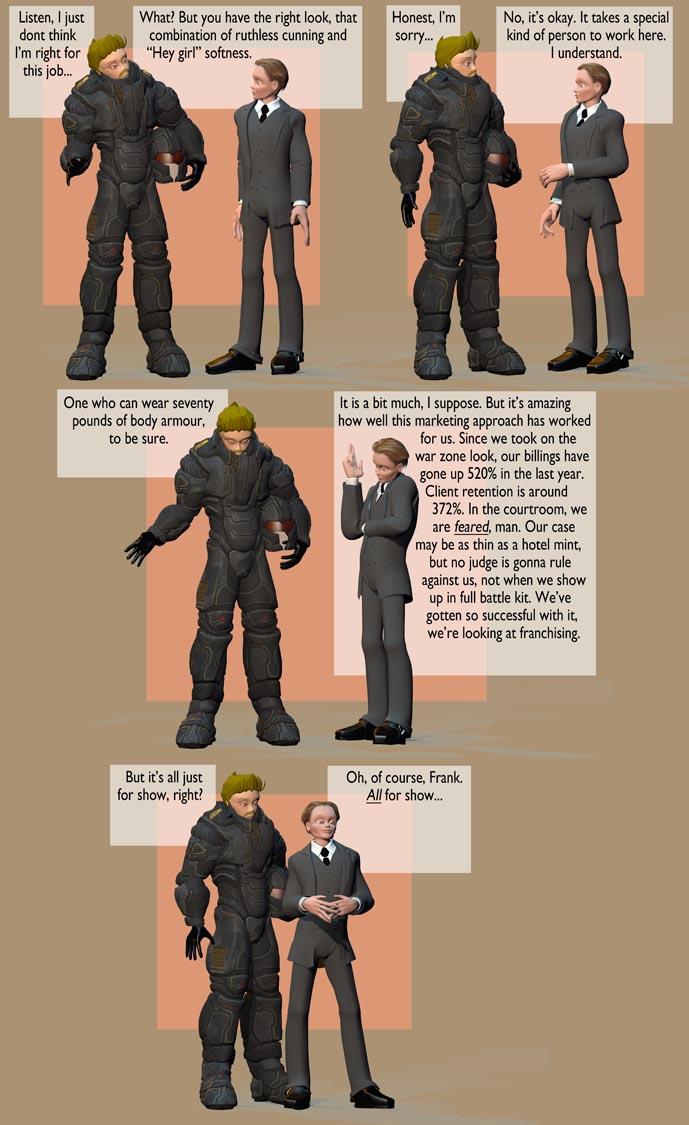 I know it’s been going on for the past who knows how many years, but I find this whole trend of government officials making policy statements in front of a photo op audience to be more than a little… well, questionable… even to the point that every policy statement is made either to or before a bunch of (1) soldiers or (2) cops. It may have absolutely nothing to do with that vague one-size-fits-all-policies called “national security”: it’s still gonna be made with a whole whack of people in uniform standing behind the president — or the senator — or the congressman — or the governor.

And like so many other things, we just allowed it to happen. It may be a speech concerning outrage over some Broadway show, but it’s gonna be done in front of rows and rows of camo uniforms. And we just accept it. It’s now normalized to the point of standard operating procedure, just as much as school police looking like SWAT teams and regular foot cops looking like they stepped off the set of a Hollywood film on the Iraq War.

Of course, lots of reasons why this happened: almost every country on the planet has become virtually insane over “security” — usually without bothering to address the very things that caused it all in the first place. A decade-long-war has resulted in a lot of manufactured hardware that has to be disposed of, usually to Mayberry cops who want to be like their Chicago brothers. So we not only militarize the police, but the private security agencies (you know, the ones that provide mall cops) as well, with the net visual result that we live in a country where the police are not trustworthy friends to be respected but an entity to be feared.

To be honest, I wouldnt want to be a cop these days. The job, quite frankly, has become just a tad too insane for my tastes. The actions of a miserable few lousy ones are invariably reflected back on everyone in the force, who are shoehorned into these ridiculously overdone uniforms and military-grade hardware all for the sake of politicians who want to look good to their voting base (“See? I care about you and your safety!”), politicians who have made fear and paranoia into a campaign plank.

And we allowed it to happen.

Sorry to end this story on a somewhat somber note, but there we are, folks. This is the world we live in. We have had countless opportunities to change it, to make it better, but invariably we drive ourselves right back into a corner, weeping and wailing in fear of something that we just know is going to happen — even if it never does — because we let our “leaders” convince us otherwise.

OK, enough of this. Lighter fare next, I promise. And if you havent checked it out, take a gander at the boys’ contribution to Canada’s 150th, the Canada 150 Road Trip, where they’re wandering across Canada seeing the things that make us unique in all the world.