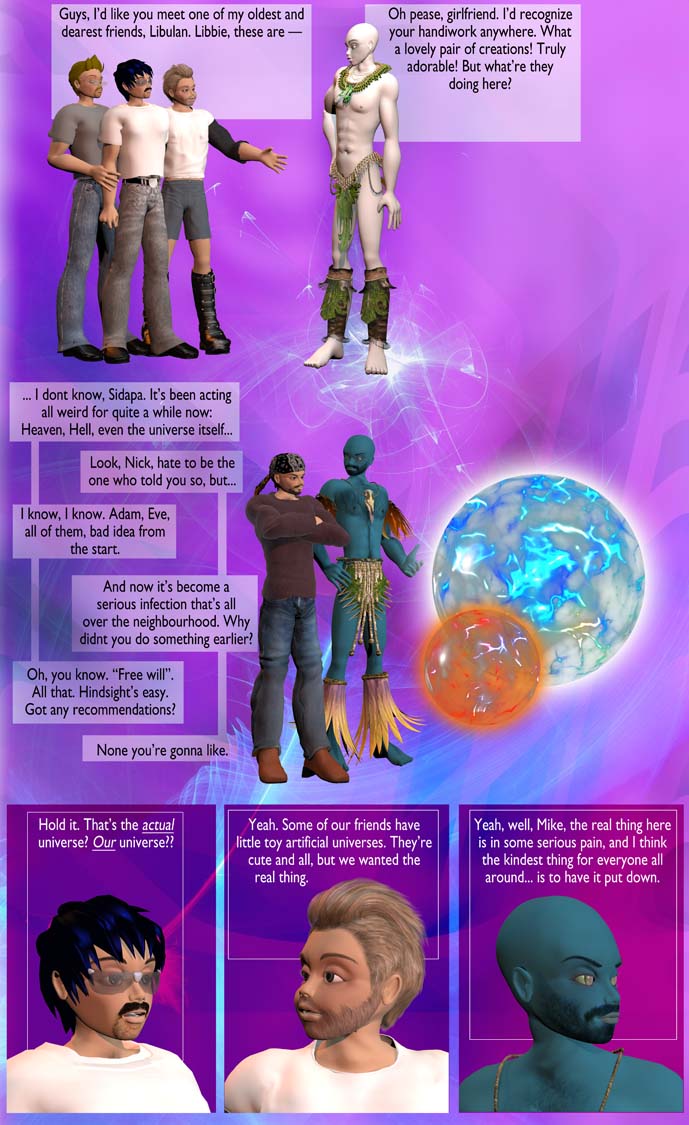 Just so you know, Libulan and Sidapa are Polynesian dieties, with the first-named one of the seven moon gods and also the god of gays and lesbians. In South Pacific mythology, Libulan was capable of appearing as either a man or a woman and thus arguably the first transgod. Sidapa, for his part, is the god of death, so I guess his recommendation here shouldnt come as any big surprise.

And who said comics arent educational!