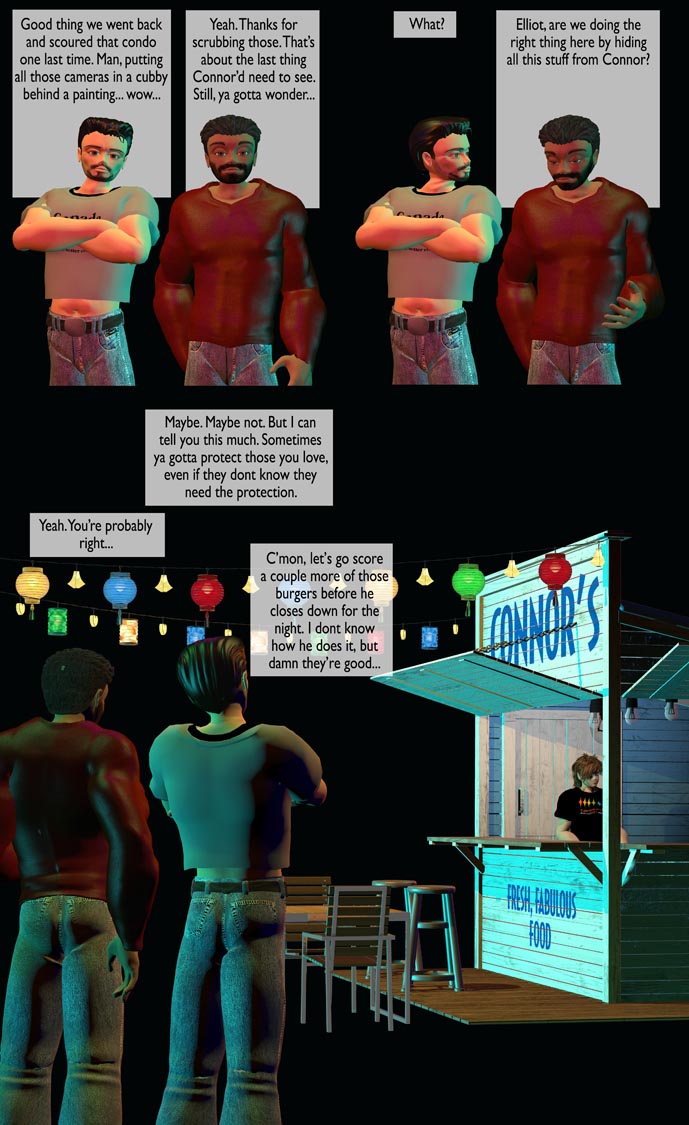 Ninety per cent of us know our lives are propelled forward by faith — faith in a Supreme Being, faith in a career, faith in a loved one. Whether we say it or not, that faith is something we count on to give our lives meaning and stability. We want to wake up every morning and know, on some level, that that faith is warranted, that it will somehow reward us as we get through another day.

The other ten percent? Either their faith has been shattered, or else they’re lying to themselves. Just my guess, you understand; your numbers may vary.

Bottom line, tho, is that Connor needs that faith right now that Joe actually did care about him. It provided a first step into a world that Connor has since blossomed into: he knows his craft inside and out, and he loves every moment of it. Take away his faith in the man who started him on that journey, and who knows what wold happen as a result. Maybe he’d throw away the career. Maybe he’d lose faith in everyone around him., because he wouldnt now know who he can actually trust. As Elliot points out, sometimes you have to protect that faith, even if the people holding it dont know it needs protection… simply because the alternatives can come to no good end. That old adage of “whatever doesnt kill only makes you stronger” assumes an awful lot.

Okay, a break tomorrow to put up something to celebrate Pride, then on Monday we’re gonna turn attention to another couple we havent really seen in a while: Eddie and André. Unlike this storyline (which went a lot darker than I originally planned), we’re gonna have some fun with these two uber-rich A-gays. See you then.